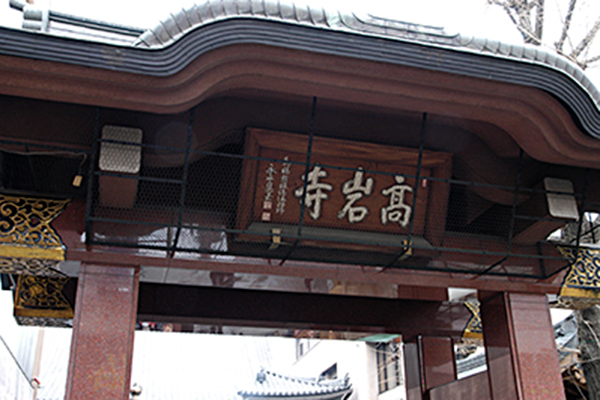 This temple, known colloquially by the name “Togenuki Jizouson”, is officially called Banchozan Koganji Temple, of the Soto Zen sect. Founded in Yushima, Edo, in 1596, the temple was relocated to Shimotani Byoubuzaka around sixty years later, and again relocated to Sugamo in 1891.
The temple’s honzon (principal image of Buddha) is the miracle-working Enmei Jizou Bodhisattva, known as “Togenuki Jizou” (“the Jizou who removed a needle”). Since the Jizou Bodhisattva statue here is normally withheld from public view, unfortunately it cannot be seen by visitors. However, it is said that there is value in offering prayers to the image that was created based on the statue’s appearance. The image is on display in the main hall of Koganji Temple. » Detailed Page 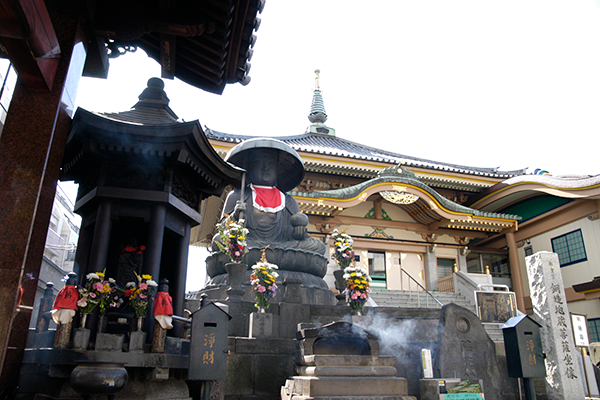 This temple, known as one of the Edoroku Jizouson (six Jizou guardians of Edo), is officially called Iouzen Tokoin Shinshoji Temple of the Shingon Buzan sect. The date of the temple’ s establishment is unclear. There is a monument bearing a haiku by the poet Matsuo Basho, dated 1615, within the precincts. The Jizou statue wears a large umbrella-like hat, and carries a staff. Standing at the entrance to the Six Highways of Edo, the Jizou guardian protected the safety of travelers.
(Sugamo was the entrance to the Nakansendo highway). Many documents, including the Old Map of the Eight Provinces of Kanto and Edo, and the Map of Edo, indicate that the vicinity of Shinshoji Temple was a thriving traffic nexus in the past. » Detailed Page 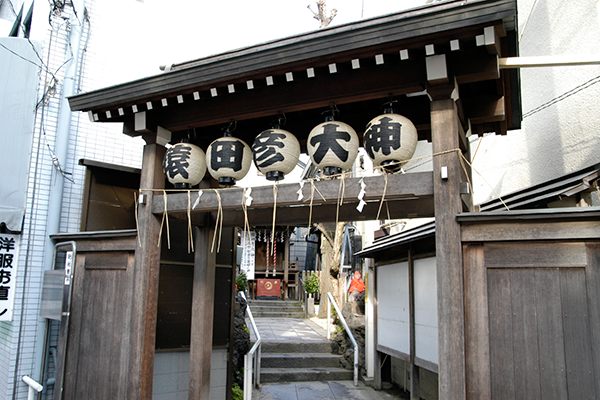 Sugamo Koshinzuka was a flourishing point on the Nakasen-do highway during the Edo period, where laborers and horses could rest, with simple teahouses for travelers to take a break at. The appearance of Sugamo Koshinzuka in the past is depicted vividly in the Edo Meisho Zue topographical records. The area was not only close to the post town of Nakasen-do Itabashi, but also Asukuyama, a spot famous for its flowers, could be reached by heading to the right. In addition, Sugamo Koshinzuka also served as a signpost on the Oji Road, which led to Oji, renowned for its autumn colors. Sugamo Koshinzuka is depicted in a woodblock print by the artist Hiroshige. » Detailed Page